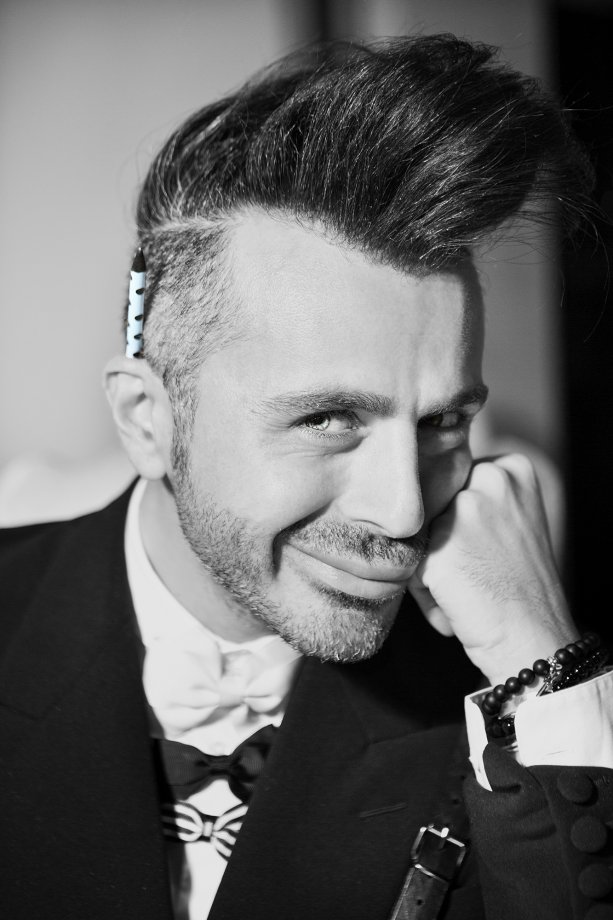 is a Russian designer of luxury shoes. He was born on May 14, 1978 in Tbilisi, Georgia. He studied at the Tbilisi Academy of Arts. After the collapse of the Soviet Union, he moved to Moscow. Since 1997 he has been working with Russian celebrities as a stylist.
In 2000 ALEKSANDER became a leading designer of FRESH ART project, which is to create exclusive clothes and shoes. In 2002, ALEKSANDER SIRADEKIAN presented more than 120 models of male and female hand-made shoes on two major exhibitions in Moscow. The collection was a great success.
In 2005 ALEKSANDER SIRADEKIAN created collections of male and female lines under the brand "ECONIKA by FRESH ART" for major retailer of footwear in Russia "ECONIKA".
In 2013, Alexander Siradekian presented his luxury shoes collection brand ALEKSANDERSIRDEKIAN at an exhibition in Paris TRANOI, after that his brand is widely known and selling around the world. Today his shoes presented in the boutiques in Paris, London, Florence Moscow Dubai, Kiev, Singapore, Kazakhstan, etc ...
In addition to the female line ALEKSANDERSIRADEKIAN is represented by children's shoes. In 2016, the line of bags and accessories was launched. In September 2017 the line of socks was launched. From December 2017 ALEKSANDERSIRADEKIAN will represent new wedding style of shoes.
In 2014 ALEKSANDER designed collections for different Italian brands.
In March 2016 within the framework of the Paris Fashion Week, AS brand presents its debut collection of Haute Couture, shoes «Val de Loire».
From 2014 to 2017 ALEKSANDERSIRADEKIAN received many awards from FASHION TV in the category "Best Brand of the Year", "International Brand of the Year", "Best Fashion Shoes", «Best kids fashion shoes", «Best fashion bags".
ALEKSANDER SIRADEKIAN is the unique luxury shoes brand by Russian designer presented worldwide.
ALEKSANDER SIRADEKIAN